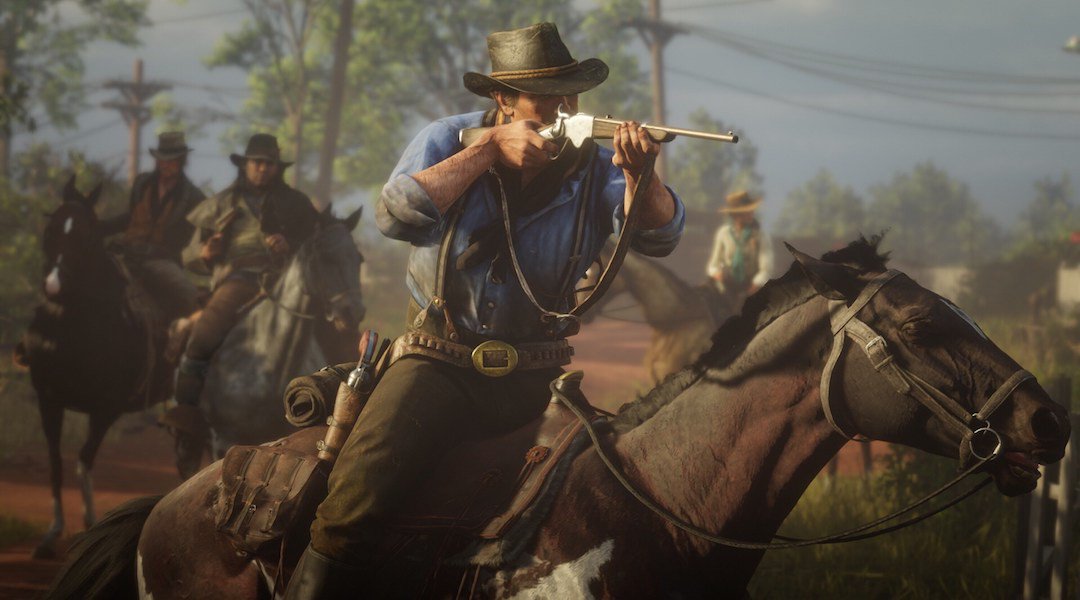 With Red Dead Redemption 2 coming this Friday, the hype train is at full speed. I am aboard the train, but I have my worries. Rockstar makes some of the best single player campaigns in the industry. Online will resemble Grand Theft Auto 5 which concerns me. Their model makes sense, however, there are severe flaws in that business decision for microtransactions and how the experience with other players will be dramatically impacted. Here are some of the problems that I see with the upcoming Western multiplayer that arrives a few weeks after the game is released.

I will go on about this more in other parts of the article, but I want to dedicate number five to the potential lack of singleplayer DLC. Red Dead Redemption released one of the best and most surprising singleplayer experiences with Undead Nightmare. Chances of that happening are low due to Rockstar’s actions with GTA V. Plenty of players might want only the lone experience without other players. Sadly, if the online is successful enough, we might not get much more with Arthur once the multiplayer is launched. That puts me (and many other gamers) in a weird predicament. I want the game to succeed in every possible way, but I want add-ons or updates to the campaign for those days of not wanting to play with other people.

While the variety of clothing, tattoos, and other accessories for your character in GTA was phenomenal, while the initial creation of your character is ghastly. Playing with genetics to make a unique person in the online world was a brilliant idea, but the character models came out ugly. Every person I saw would have weird bruises and marks on their body that looked unnatural. I am sure Rockstar has learned a lot in five years of working on GTA, but I can’t help to worry about how RDR2 might turn out due to past mistakes.

What burns me the most about GTA are the false promises. Announced DLC that would quietly disappear and features such as animals and the stock market would be forgotten entirely. If a company announces a mechanic and that aspect of the game is missing, then people tend to bring up their pitchforks. Rockstar got some backlash, but a smaller amount than expected. People shouldn’t go after a company too harshly over missing features, but should still call them out to keep the communication between a company and its customers open. If the developers announce something will be in the multiplayer experience, then we better see it at some point.

Rockstar has said when the online comes out it will be more of a Beta than a full release. Surprisingly, this is excellent news. GTA Online came out as a disaster when fans expected a fully functioning game. The developers are playing it smart by covering themselves before the release of the game. Despite that feeling, I am still worried we won’t get the best quality in multiplayer for months after release. Hopefully, we can get something that will be worth staying for instead of waiting for dozens of updates to play with friends in a world that works correctly.

We are at the most significant concern many gamers tend to have after their business model with GTA. I won’t point a finger to say they are a greedy corporation. I love the free content updates GTA would receive every few months. I  also can’t blame them for wanting to make money when they can continue to support the game that millions of people still play. However, due to this decision obtaining new content such as cars and other goodies became almost impossible. If you want the new house, business, or car, then you have to play a seemingly endless cycle of heists or other missions to earn enough money to buy new items. If you decide you can’t dedicate a full-time job’s worth of time to play the game for enough cash, then you can buy microtransaction that can drain your wallet to play the game. I don’t want my game to feel like a chore, but I do want enough of a challenge. I hope Rockstar can find their footing to balance the economy of Red Dead Online.

I might be a little hard one of the most anticipated games of the year. I am genuinely excited to play Rockstar’s next masterpiece. However, their decisions on multiplayer in the past have made me not satisfied. I hope they have learned from their mistakes, but we won’t know until the online Beta launches in November. Comment below what you think of my concerns or if you have any of your own.

Red Dead Redemption II releases on October 26 for PlayStation 4 and Xbox One. The online will be delivered sometime in November.