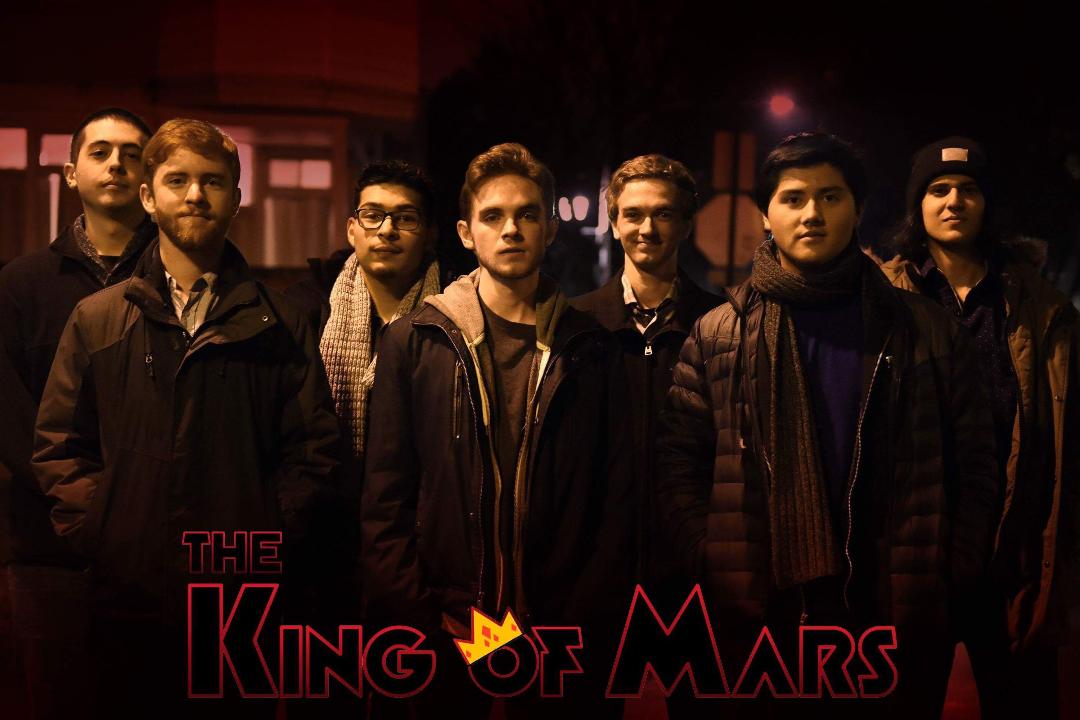 1. How did the band come together?

I met our lead guitar player, Matt Gordon, in a guitar class at Columbia College Chicago. I showed him some of the songs I was writing at the time and he made some really great parts to them. From there, he introduced to me to our bass player, JJ Frale, and then we kept adding members until we could barely fit on a stage anymore.

2. What are some of your most memorable moments with the band?

Two of the big highlights of our career so far have been our first EP release show in the Fall of 2016. We had a packed house at the Subterranean in Chicago and got a bunch of great feedback from the new songs. Another highlight was our midwest/east-coast tour in the Summer of 2017. We had such a great time traveling around and making new fans!

3. When going to one of your concerts, what should people expect?

We put a lot of effort into practicing for our live shows. If you ever happen to grace us with your presence at one, you can expect a tight rhythm section, in tune three-part vocal harmonies, a boisterous horn section and some high energy from us all!

4. Out of every band you have seen live, who are some of your favorites?

I’ve seen Father John Misty four different times now and he’s by far one of my favorite performers. I also got to see Radiohead a couple years ago and I still think about that concert to this day. I would’ve loved to have seen Soundgarden before Chris Cornell passed away. He was always one of my favorite vocalists.

5. What are some of your biggest influences that have shaped your music?

Because we have so many members in the band, we have a wide range of influences. Some of us are really into jazz/fusion like Art Blakey and Snarky Puppy. Personally, I love Stevie Wonder for his horn arrangements and vocal chops and Father John Misty for his songwriting and brilliant lyricism. Since we have so many different influences, our genre can be hard to describe because we like to blend multiple styles together at once.

6. Have you met any of your favorite musicians and what were those experiences like? If

you have not met anyone, then who do you want to meet the most?

The only hero of mine that I had the pleasure of meeting was Josh Tillman of Father John Misty. I was working backstage at a theater he was playing at and got to meet him as he came through the door. He was a really nice guy and took the time to talk with me even though I could tell he was preoccupied. I would’ve loved to have met Mac Miller before he died. He was one of my favorite rappers and seemed like such a fun person to be around. I wish I could’ve had a chance to pick his brain about the way he wrote his music.

7. What are some long-term goals you have for the band?

As far as long-term goals, we want to go on another tour next year in the south and west coast. We’d also like to come up with enough funds to record a full-length album in the next couple years. We’re starting to expand our fanbase and would like to branch out of Chicago to gain some new supporters.

8. What is the biggest accomplishment you have had so far?

One of our biggest accomplishments was opening up for one of our favorite bands, The Dip. We played at Evanston Space, which is one of the classiest venues in Illinois. The room was packed with new fans that were there to support The Dip. The crowd loved us and we got a bunch of new fans that night.

9. What plans do you have for the rest of the year?

We’re releasing our newest album, Bleach and Aspirin, on 10/26! Make sure to check us out on Spotify/Apple Music to be the first to hear the new songs! We’re playing our album release show at Reggie’s Rock Club on 10/28. After that, we’ll be heading to some other midwest cities to support the album. We’ll be in Muskegon, MI at Unruly Brewing on 12/15!