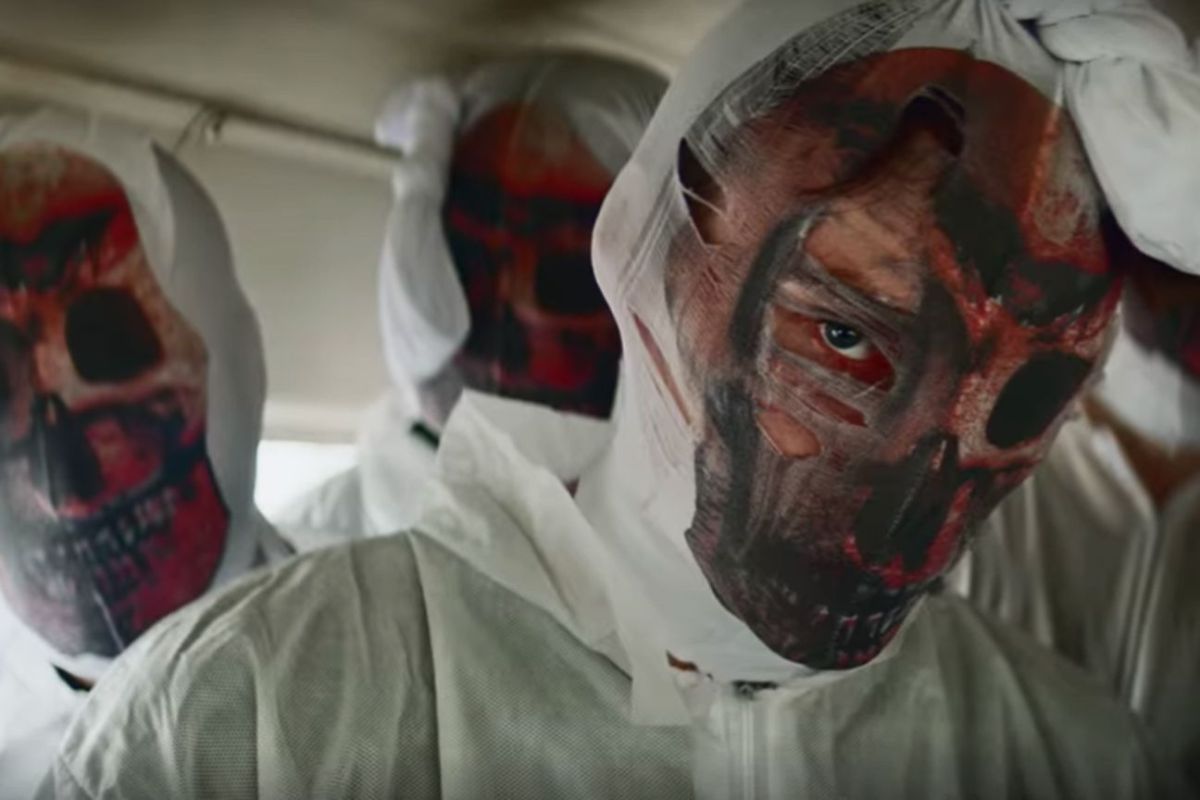 Just in time for Halloween, Slipknot has decided to feed their hungry maggots with a brand new song from their untitled sixth album that will be unleashed sometime next year. The band has teased the world that the new direction will be as aggressive as the fan favorite sophomore album, Iowa. With the promotion of a heavier sound similar to their roots had brought fans to get onto the hype train, now it is time for Slipknot to prove themselves.

That they did, in the bloodiest way Slipknot could provide.

The song’s introduction is a slow, quiet start that has a haunting electronic element that sounds out of an ’80s horror movie. The light concussive beats of drums lightly shake the floor with each second the force grows. Pressure builds until an explosion of instrumentation erupts as eight of the members go all out to make anyone want to start headbanging. The low tuned guitar riffs give vibes from The Negative One, the first single off of the band’s previous album. A perfect way to start off shows that these masked metallers mean business.

Corey Taylor comes in with his barking screams that sound as powerful as ever. His constant speed and aggression will make you start to sweat as he tears through the song. The only moments when he remotely slows down is during pre-choruses and the bridge. With vicious lyrics like, “What a world/the horizon’s coming like a hell-bent killing machine,” and “We are not your kind-I challenge you to all-out-life,” you know Corey is ready to tear someone’s head off.

The only slowing down is during the bridge. Taylor dives into a monologue. While Taylor talks, the guitars and bass are distorted and slow, and the three concussion members continue quieter but strong to support Taylor’s speech.

The harangue changes tone as Taylor delivers grows more aggressive as he switches to his rough screams as he repeats the words, “We are not your kind.” Jim Root, Alessandro Venturella, and Mick Thomson lash out with heavy riffs, Chris Fehn, Jay Weinberg, Shawn “Clown” Crahan start smashing their concussive instruments, and Sid Wilson and Craig Jones add some atmosphere with their technical skills.

When the song ends with a fiery rage delivers a final statement that leaves maggots that the guys who created Iowa have two new members and are all grown up. With all the hype that some of the members have been building up, they have proven themselves once again. Slipknot continues to be the kings of the modern heavy metal scene, and they are not going anywhere without a fight.

All Out Life is not even the heaviest song off the upcoming album, as Taylor confirms on his Instagram. While it is not the most brutal track, it is satisfying enough to hold me over until we get some more news about the rest of the record. Maggots have plenty of time to look forward to the rest of the new music.

Slipknot has not released the title of the new album, not the release date either, or the new masks that they are developing. You can check out the new song along with its blood-soaked music video below to hold yourself over if you are just as excited as I am.