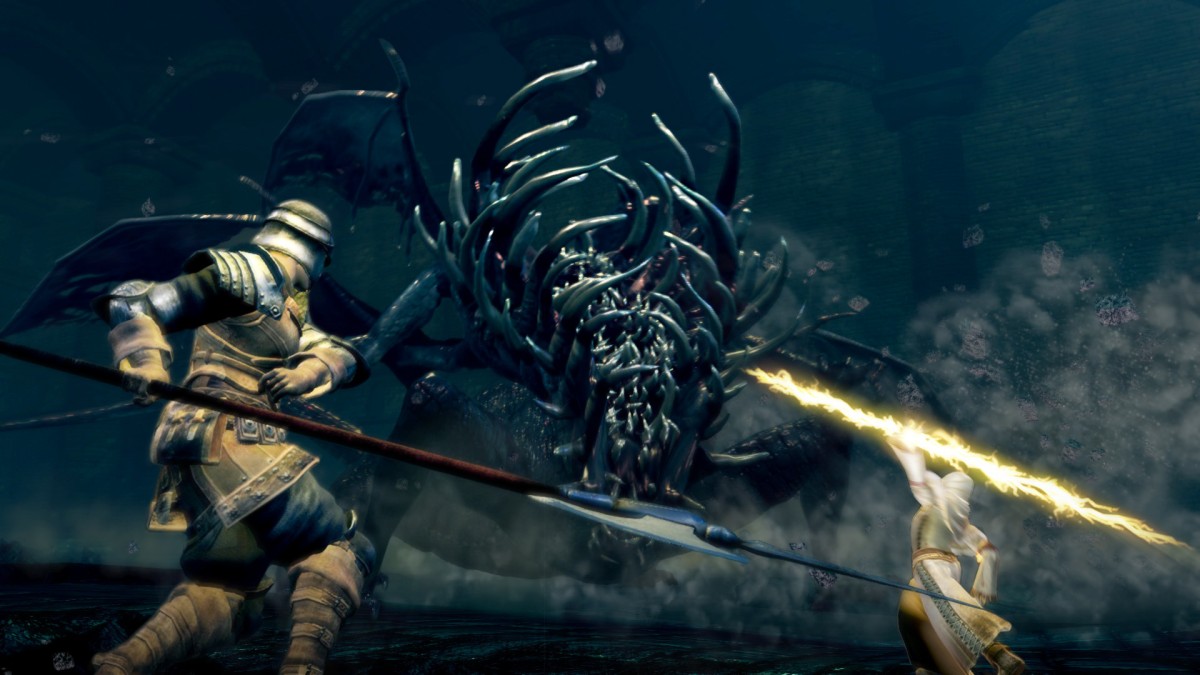 Having a game that lasts tens to hundreds of hours allows developers to flesh out their worlds into something that feels alive, unlike any other medium. Bioware’s latest release with Anthem and FromSoftware being a few weeks away from unleashing their Samurai inspired Sekiro: Shadows Die Twice are just some recent examples of experiences with plenty of storytelling and lore that players can dive in head first to learn about every bit of information to immerse themselves in these universes. Plenty of other games do just as well in world-building, so here are some titles that every gamer should learn about whether you play it or not.

Id Software’s brilliantly metal reboot of DOOM came with everything old-time fans and newcomers would possibly want. While the icing on the cake, the story, was laid on lightly, plenty of notes and details can lead interested players down a rabbit hole of this genius creation full of demonic monsters from hell, heavy metal, and brutal violence.

Buy and support the blog: Doom – Xbox One

Xbox’s massive exclusive IP expands outside of the confines of video games with plenty of books, upcoming shows, and more to expand this universe into one of the biggest in the realm of mainstream shooters.

A war between the Covenant and humans along with plenty of complications that happen down the road. Each title gets bigger in scope despite their varying quality. While it will take plenty of homework, learning about the Halo lore will be worth it to dedicated gamers.

Luckily for CD Projekt Red, they have the source material written by Andrzej Sapkowski, who wrote the books of The Witcher series.

Across three titles, CD Projekt Red expanded the novels into length RPGs that deliver an epic adventure of a world that truly feels alive. Each part of the map feels different as people have their own customs and various ways of living. These masters of storytelling created the perfect love letter to any fantasy fan.

Bioware got their reputation from the Mass Effect trilogy. A complex, intriguing narrative with plenty of choices that gives players some power over the narrative arc while having plenty of precise written out stories that give this series life.

While many have problems with the third entry and Andromeda, the latest in the series, these developers offer enough to reconcile some mistakes to give those people needing to scratch that itch for in-depth cosmos with fleshed-out lore.

Each planet and race of aliens feels unique and well placed. Everything has a purpose and refrains from feeling like filler to extend the length of play time.

A balance needs to be hit between straight up telling people every detail and having them explore to find out new information. Horizon Zero Dawn manages to tell a compelling story with plenty of insight on the development of its world while giving meaningful collectibles that provide something new to the players dedicated enough to go searching. For standalone titles without any (current) sequels, Guerilla Games outshines its competition with this masterpiece PlayStation 4 exclusive.

FromSoftware’s beloved trilogy has more to offer than painfully difficult gameplay, grand boss battles, and an epic score. The surface level may seem like nothing, but these developers know how to deliver rewards to players who dig deep enough into one of the most cryptic worlds in video game history. It may seem daunting at first, but uncovering the secrets behind Dark Souls will show much more about this land of death than you initially thought.

Buy and support the blog: Dark Souls Trilogy – Xbox One

FromSoftware again with their gothic turn with their signature style of gameplay and delivery of boss fights. A story that hides in the darkness, with reading every detail found in Bloodborne reveals a lush world that feels even more depressing than Souls, but just as well thought out.

From its strategy game days to the behemoth MMO, Blizzard’s achievement with Warcraft remains breathtaking. Continuing to grow with expansions for World of Warcraft, this beast seems to never stop. Spanning across multiple continents, individual races with their own way of life and personalities, along with a long-standing conflict with plenty of gray areas that can sway players towards the Alliance or the Horde.

Buy and support the blog: World of Warcraft Battle for Azeroth

Buying anything from the links will support the blog, even if it is not the item that is linked.