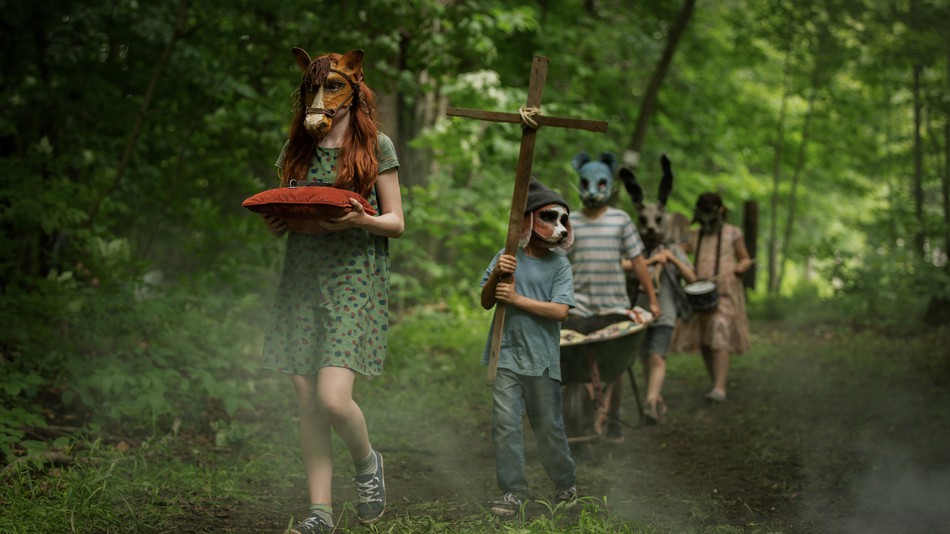 Hollywood is lubed up for another big screen recreation of a Stephen King classic novel all over again. Kevin Kolsch and Dennis Widmyer adapted another one of his iconic stories which already got the adaption treatment with a painfully outdated film in 1989. Kolsch and Widmyer had two heads to put together an honest depiction of a King masterpiece which had plenty of gaps, but plenty of eerie creepiness to satisfy a horror enthusiast like me.

Like all bad ideas that lead families to have a horrific experience, Louis (Jason Clarke) and Rachel (Amy Seimetz) take their children, Ellie (Jete Laurence) and Gage (Huge and Lucas Lavoie), out of Boston and into a small town to slow things down in life. After one accident with a cat and Louis taking up on a terrible offer from his eccentric neighbor named Jud (John Lithgow) to bury the family cat in a spooky area, the dead come back like themselves, but with a different personality. The family goes through various levels of horror that psychologically and physically attack, while as an audience member, I just had the most amount of anxiety possible.

The story flows well with hints of creepiness to going full speed into a land of utter insanity. Jump scares are thrown in for effect during the slower moments then build up the tension with more intelligence in the latter half, even though the first stands out more compelling than the second. The main issue that pops up is the logical leaps without any real explanation. Plenty of elements get some background, but some psychological aspects did not get enough details to make sense to people who missed out on the novel.

The cast has strong moments on their own, but sometimes miss the beats with chemistry. Lithgow nails his performance as expected. Same with Clarke, Laurence, and Seimetz, but a few parts fell flat in some scenes between what should be a husband and wife relationship. Laurence’s dramatic performance landed on two feet, while the youngest one, Lavoie was another body to fill screen time, which is typical for children that young. Those few missed beats are not fatal but put me off during what should have been more compelling situations.

The subtle uses for shock value and tactics to get in the face of anyone watching worked for the most part. Psychological horror with seemingly random noises and visuals to keep both characters and me on our toes. At times, these psychological moments disrupted some of the flow and confused me with how the semetary’s power worked. Building the lore fell through, making some supernatural elements feel like gimmicks.

A generic horror flick with some great performances and excellent build up, Pet Semetary may have its flaws, but a much better film than most in the genre that continuously throws out anything that can stick. Maybe with smarter writing and more unique scares that did not jump then, this would be a much more worthy King adaption. Horror fans looking to get their fix for that anxiety-inducing experience should still manage to have a good time with this short, sweet, and thrilling remake.