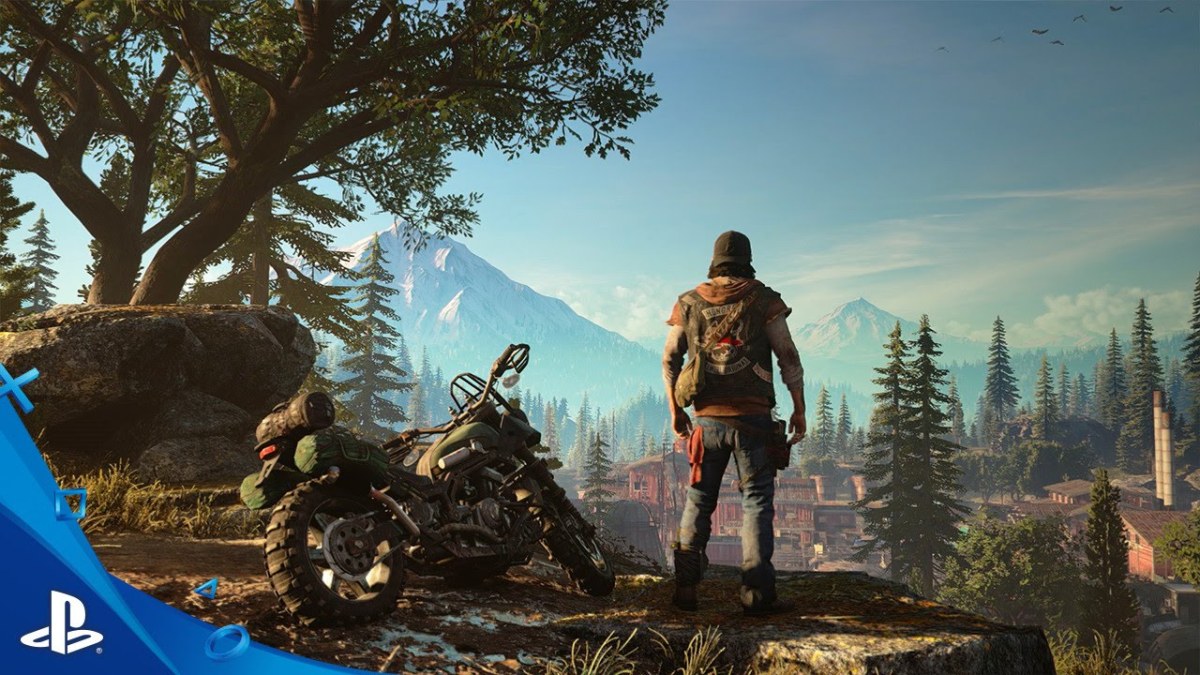 PlayStation has reinvented themselves this generation with a focus on high-quality singleplayer games. The only heavy hitter that has an official release date for 2019 is Days Gone. The apocalyptic biker title arrives in two weeks, so let’s build up the hype more by diving into all of its details.

Deacon St. John, a member of a biker gang located in the Pacific Northwest, has been surviving with his group for the past two years against a freaker (the game’s term for zombies) outbreak. While not much is known about Deacon’s journey, the story will be centered around both survival and personal issues with the protagonist.

The world of Days Gone has plenty to offer. SIE Bend Studio aims to give every player a unique experience by random weather generating, enemies appearances, and items found in the world. The dynamic weather will change how characters, especially freakers and bandits, will behave.

Going around the world is centered around the bike called the drifter. This is not some vehicle to take you from point A to B. The motorcycle acts as its own character that you need to take care of with refueling it with gas, repairing damages, and upgrading to enhance its abilities like speed and bag sizes.

Like many open world games, you can expect side missions and activities. These have not been detailed too much. Bandit camps have been shown and exploring areas for new items will be a significant aspect. Helping members of your crew will also be expected.

This is a third-person shooter with a heavy emphasis on letting people play the way they want. Plenty of items and weapons from assault rifles, silenced pistols, and Molotov cocktails allow for plenty of options to deal with potential threats in the wild.

Finding materials will help with crafting. Upgrades for weapons and the Drifter will improve your chances of survival in this hostile environment.

Enemies will have a variety of different behaviors depending on weather, time of day, and their character type. Humans will act a different way from freakers and freakers will have their own various reactions from the several different types that will be found. Their movement is reminiscent of the 2013 adaption of World War Z. A giant swarm of undead creatures that move like a fluid, except here it is more grounded and less ridiculous than Brad Pitt’s zombie adventure.

Pre-ordering gets complicated with the many variations that company’s offer.

#1: Standard: A crossbow, several upgrades to your bike’s gas tank, nitrous, and shroud. Pre-ordering on the PlayStation store also gives a theme.

#2: Digital Deluxe: Featuring everything listed above plus an artbook, soundtrack, three skins the Drifter, and unlocking the Monkey Wrench skill early on for Deacon.

#3: Physical Collector: Everything above along with a statue of Deacon and the Drifter, six pins, four decals, steel book case, physical and digital soundtrack, and artbook.

Days Gone launches exclusively for the PlayStation 4 on April 26

Pre-order here and support the blog: