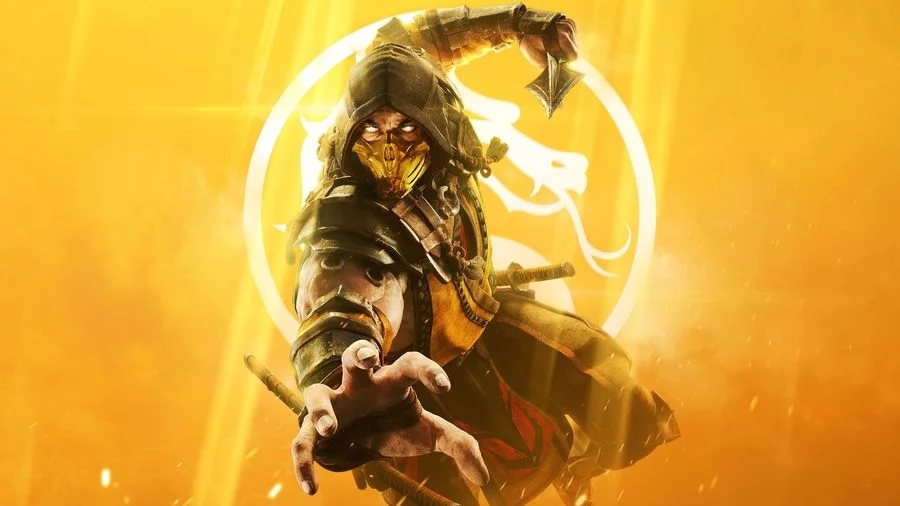 Yet another giant franchise that never dies, but unlike most, Mortal Kombat continues to outdo previous titles with a consistent experience. Accessible for new players or people who suck at fighting games like myself, I was able to enter without playing much of the last few games and enjoy my time. While 2019 is only a few months in, NetherRealm’s latest entry in this fighting series makes it into my top tier of favorite games.

Taking place after the last release, Raiden’s time manipulation has dire consequences. The Keeper of Time, Kronika, wants revenge and a plan to restore time, but the protector of the Earthrealm along with its occupants will defend history by defeating the time controlling antagonist. A short, sweet, and cinematic experience that gave me time with most of the roster of fighters to get a handle on their different playstyles. While I was lost in what was happening during the first hour plus, due to smart writing and context, I was able to get a grip on the narrative where I was able to appreciate this world. The characters all felt alive with their rich history and dynamic chemistry with one another which extended my experience with this cheesy, yet compelling story.

Much of the voice acting hit the tone perfectly and made each of the diverse personalities come alive. Ronda Rousey as Sonya Blade was one of the few downsides. Ideally, she fit perfectly for the character, but her acting was at times mediocre or at her worst moments felt flat with a lack of emotion. Everyone else had much more consistent line delivery.

Each fighter’s gameplay feels distinctive that separates everyone from the other. The move lists were a mix of complicated and straightforward allowing for someone as bad as me to play while having room for veterans to grow their skill set. I had to do homework to find the most accessible characters to use when fighting my friends, but that extra leg work made it worth it as I started to learn more.

Some adjustments have been made compared to previous iterations. The defense and offensive bars have been moved separately and get used by specific attacks or interactions with the map. These UI changes make the game much more intuitive when facing friends or random players.

The most significant change steps away from X-ray moves towards fatal blows. When on your last legs, a special move unlocks to deal extreme damage to your opponent and giving a chance to win the fight. The special moves take aspects of the old X-rays while maintaining the brutality. X-rays happen at random with critical blows so anyone missing those will have plenty of moments to see bones snapping into organs.

Fatalities never disappoint as always with creatively gruesome deaths to all of the iconic characters along with the newer faces that have been added. Each character has two, one of which must be unlocked. I wish the variety increased compared to other Mortal Kombats. I still feel they always give a low amount when so much more can be done with this iconic mechanic.

Similar to fatalities, the brutalities are powerful ways to finish your foe. The biggest difference is that these moves happen as the last hit of the match which instantly kills the enemy. Since I am terrible at the fighting genre, having this alternative grants me the ultimate way to finish off my friends.

Each stage has its own identity and works perfectly when fighting. Some intractable objects can be used to maneuver across the map or use as a weapon. However, the number of interactions within the arena should have a lot more variety. Rather than a game-changing feature, it feels more like a gimmick at times. Some of the weapons used for special attacks are worth it like taking a jackhammer into someone’s skull is never a problem in the world’s most brutal fighter.

Both Klassic Tower, yes everything in the world of Mortal Kombat starts with a “k,” and Towers of Time are modes to unlock plenty of rewards while fighting through a tower full of enemies. The AI increasingly get more difficult after each win, but succeeding in the challenge is worth the time and effort. Compared to other game types that involve fighting AI, this is one of the most fun, especially when it means avoiding replaying the story a countless amount of times.

Multiplayer involves regular fights or King of the Hill, which consists of a line of players battling to become king. The king fights the next person in the queue and continues until that person is dethroned. A cycle of trying to maintain a streak of wins is fun, but if you are in line, then you have to wait and watch until your turn comes up. I found myself waiting more than playing and would rather face people in a standard match.

Rewards are given with any task from campaign progress, winning any type of match, daily challenges, and discovering items in the Krypt, an elaborate maze full of danger and puzzles with plenty of chests to unlock using koins. While many of the unlocks take a long time, especially cosmetic items, the time flies with all of these diverse ways of gaining money and other materials needed to get that new skin or unlock the second fatality.

Microtransactions can be used, but have never felt restricting. Anything that involves real money only circles around something cosmetic. As long as nobody gets an advantage, studios can monetize away for all I care.

Kustomization offers several presets for each fighter or the option to make a new loadout is up to the player. I stuck with the presets by modifying them myself. Alterations to a character include costumes, weapons, augments for upgrades, and move sets to personalize anyone to your liking. The kustomization settings may seem basic, but for what it is, this mode has plenty to offer.

While I found NetherRealm to continue their impressive upgrades to the visual aspect, I did find one inconsistency. Hair often rendered poorly into a blurry mess; however, this would only last for a short time, but enough to make it noticeable. Besides that issue, the rest of the game manages to balance stunning masterpiece and horrifyingly violent with its diverse settings and plentiful ways to murder others.

Mortal Kombat 11 has its issues with not being able to stretch itself out into a more in-depth game but makes up for its flaws in almost every way. A generous story with multiple endings and selections of characters in certain fights allow for some replayability. Combat continues to improve with an intuitive system while having room for more advanced players to rip the noobs in half. NetherRealm prove themselves to be the kings of the genre yet again.

Buy and support the blog: