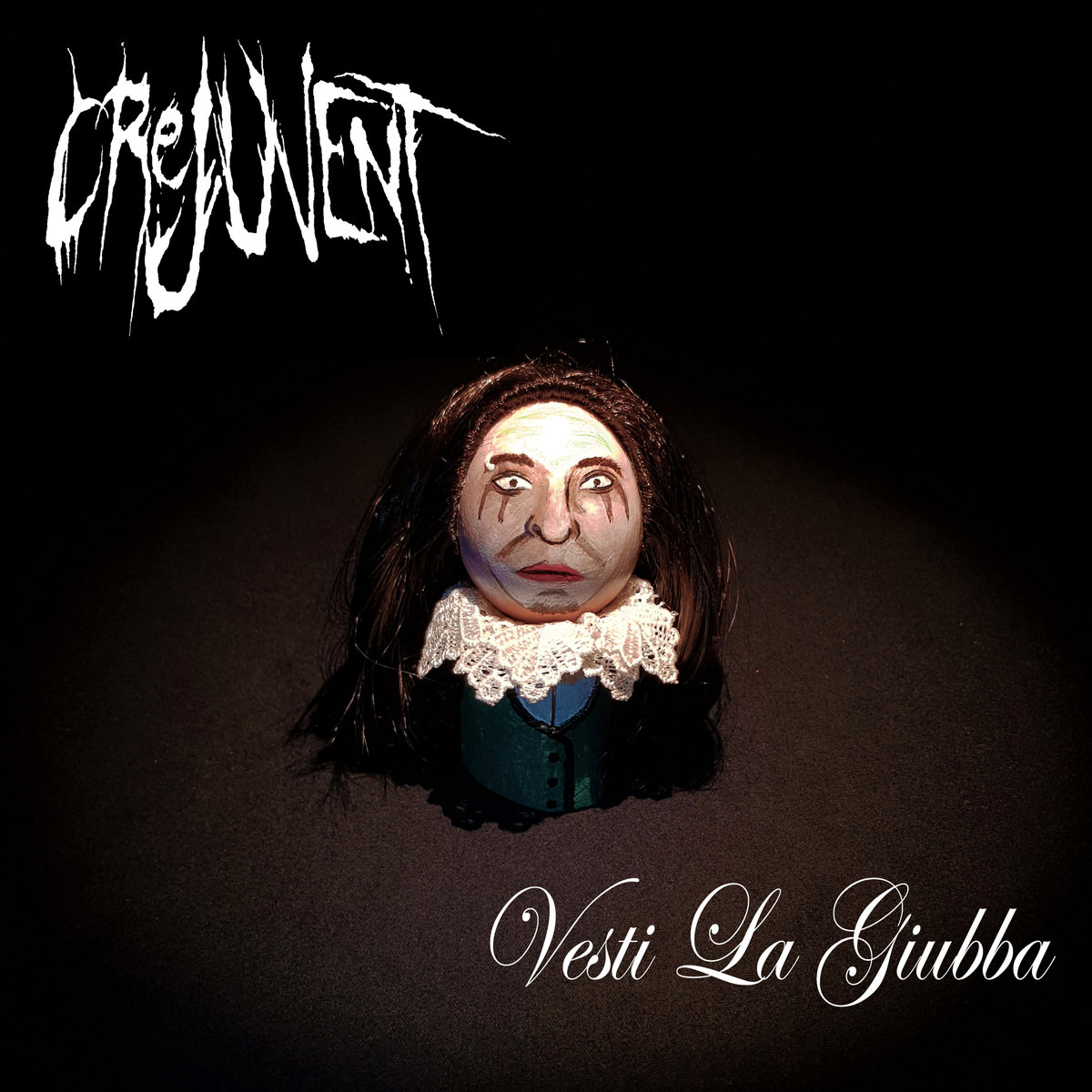 The one-man band, Crejuvent, released a new EP recently, Vesti La Giubba. A cover of an opera piece that descends into the world of heavy metal. A beautiful and abrasive experience between the two songs.

Freddy Spera being a man who produced, sang, and did the instrumentation, everything from the trembling bass, relentless guitars, and violent drumming all comes together with its clean sound. Spera’s singing gives vibes of thrash metal while his screams take me back into old school death metal. This short, sweet introduction shows his many talents.

Blue Spirit has a much different tone than the previous. Spera shows a much greater range in his screams while the cleans take a back seat for the first couple of minutes. While the title song goes for an operatic style that blends together with metal, this goes full death metal. The saving grace for an eight-minute song like this is the variety of twists and turns it takes to avoid oversaturation of heaviness with a beautifully crafted bridge, an acoustic piece that fits shockingly well, and plenty of other surprises waiting for unsuspecting listeners.

Vesti La Giubba takes no time to consume and it will be worth every second. Having one man behind this tiny project, it has an impressive production that sounds excellent. Fans of atmospheric metal, this is for you.