Remedy Entertainment has built a reputation for making some weird games. Their latest project, Control, is no exception, maybe even the oddest creation from the studio to date. 2019 has disappointed me a lot with its releases, so I had some hype and skepticism going in, and I am blown away by what could be game of the year.

Jesse Faden is the new director of the agency Federal Beuruae of Control. Her first day is utter hell as an alternate dimensional entity, The Hiss, has taken over the building infecting most of its occupants and altering everything inside. Jesse must tackle this mystery, kill everything in her path, and deal with her own personal agenda that brought her to the FBC. It is a condensed 10 to 15-hour experience that is worth the $60.

The only weapon to combat creatures and FBC agents under the spell of The Hiss is the standard issue pistol, yet it is not as simple as it seems. The gun has transformative abilities, which leads to upgrades that can turn it into a shotgun or even a grenade launcher. Most unique and coolest gun in gaming for 2019 goes to Control, congratulations Remedy.

The other way to defend yourself against the onslaught of enemies comes from telekinetic powers. This new reality gives Jesse various skills which reveal themselves as you progress through primary and side missions. It keeps everything simple while building upon these mechanics for freshness, plus nothing is more satisfying than grabbing almost any object to smash infected agents.

RPG elements creep in to add more depth to the already satisfying gameplay. Finding materials allows to craft new gear for your shapeshifting handgun and to make Jesse more powerful. Adding onto this comes from the skill trees which have a wide variety of uses for health, energy for her superpowers, and other necessities.

Mods for the new director and her arsenal add buffs to various attributes. Like everything else to the RPG-esque aspects gets love by being fleshed out entirely. Nothing feels slapped on in an attempt to give more life to the gameplay.

Moving around with Jesse feels excellent. She is not too light or heavy. Some weight is felt to make her not weigh like a toy, yet not too much since she is a tiny lady.

Enemies have a wide variety of classes. Some are general types to expect like snipers or suicide bombers, while others are more personalized with similar power sets to Jesse. The diversity allows for strategy along with preventing the endless shooting from getting dull.

Boss battles usually are meant to introduce a new enemy with a rare, unique creature to take down. Using an overly difficult fight to showcase a new monster feels tacky, but the rest of the fights are much more fulfilling. The difficulty really shows in these moments, so prepare to get mad when dying and euphoric when overcoming that obstacle.

Outside of killing, the gameplay does get some extra elements to not become a game where you just hold down the trigger and kill what pops up on the screen. Platforming and puzzles add more complexity for a refreshing change of pace. I wish these mechanics got more balance as parkour sections and tricky mind games could use extra work.

Random events come up for Jesse to clear an overrun area. These have goods that make it worth doing but usually feels out of the way as I am too focused on doing something story related.

The developers give everything a purpose, unlike anything I have played in recent memory. Exploration has plenty of rewards to uncover, hidden side missions, and collectibles that elevate the world’s lore. Nothing goes to waste to expand the narrative or give Jesse an edge under challenging battles.

Cleansing infected areas allow fast traveling, upgrading, and taking on Board Countermeasures, which are challenges for that provide new mods after completion. The issue comes from the often time horrendous checkpoint system as dying often leads to a frustrating setback.

Finishing the narrative opens up for postgame content. Wrap up side missions, discover hidden areas, and level up fully to become an unstoppable hero. The gratifying expeditions of the various sectors and rich optional objectives make this irresistible.

Environmental damage does not involve tearing down the whole building, but it is enough to give an extra punch to explosions. Telekinetically controlling nearly object is freeing, it gives me more satisfaction as I see the damage caused by my actions along with the delightful physics to ragdolls and items.

Remedy crafted a gorgeous game with its brutalism style and world bending effects. It gives Control its own personality that stands out from anything else. Camera work during cutscenes boost the already stunning graphics with close-ups to Jesse to see her realistic character model in greater detail.  However, some of the facial animations could use work as certain emotions do not translate well. 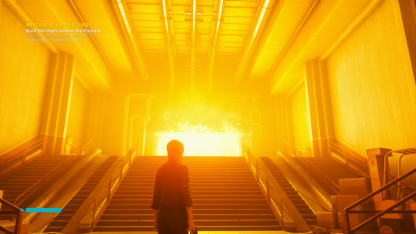 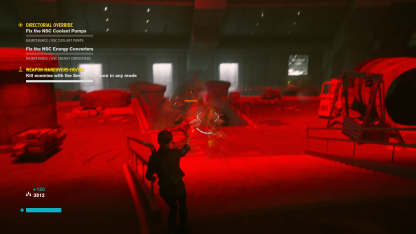 Full of personalities, everyone I came across had a memorable identity. Jesse in particular reigns as one of my favorite heroines to come up in a video game in years, mostly due to Courtney Hope’s (Quantum Break) raw performance.

Control toes the line of artsy and accessible. It runs into issues like not always being clear on what to do or where to go with its map. The flaws found are more irritating, not breaking this beautifully, confusing experience.