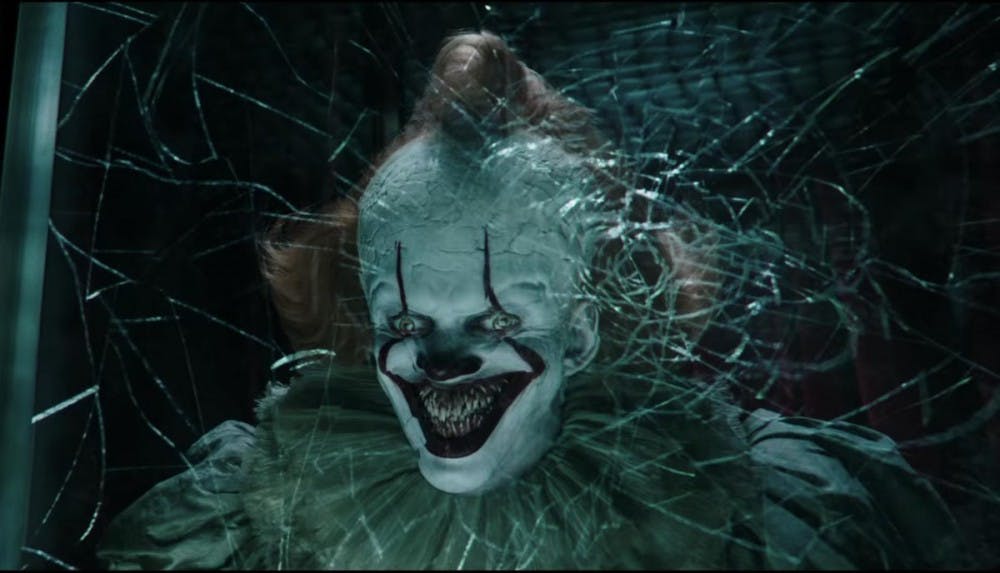 The 2017 reboot of Stephen King’s classic was top notch. One of my favorite horror movies of all time, so the second had a lot to do to succeed. IT Chapter 2 goes above and beyond in every aspect that made Andy Muschietti’s (Mama) first run with Pennywise (Bill Skarsgard) so special.

27 years later and some of the Losers’ Club have varying degrees of how they have moved on from childhood traumas from bullies, parents, and a shapeshifting entity that eats children, you know, the usual things we all go through. After disappearances and murders in their hometown of Derry, Maine, leading Mike Hanlon (Isaiah Mustafa) to talk to Beverly Marsh (Jessica Chastain), Bill Denbrough (James McAvoy), Richie Tozier (Bill Hader), Ben Hanscom (Jay Ryan), Eddie Kaspbrak (James Ransone), and Stanley Uris (Andy Bean) to come home to defeat their worst nightmare. He has a plan, a ritual that sounds like it comes straight from a role-playing game that his group of old friends must complete, making for a more epic adventure than a terrifying experience like the film’s predecessor.

Casting the adult counterparts for the already superb teenage actors, but it all worked out flawlessly due to fleshing everyone out more equally and having wonderful chemistry. Hader matches the comedic power of Finn Wolfhard, Chastain looks and acts the part of an older Sophia Lillis, Bean looks like he might be from the future with his resembling features to Wyatt Olef, McAvoy grows Bill as a character after the excellent establishment from Jaeden Martell, Ryan expands on Jeremy Ray Taylor’s charming innocence, Ransone reaches the bar set from Jack Dylan Grazer, and the additional screen time helps Hanlon develop Chosen Jacobs’ role. The middle school characters were irresistibly compelling before, and getting older made them better.

A troubling symptom that horror cannot get away from is having characters do illogical actions. This can be done the right way, most of the time, it was as the friends had to make rash decisions because of fear. At other times, things were done for the sake of drama or scares that felt unnecessary, but thankfully it was not too abundant.

Despite being almost three hours, not much of the spotlight was on Skarsgard’s antagonist. His moments were everything I wanted from his creeping performance, but this was less his story. The film is about facing fears, defeating childhood trauma, and relationships, which is beautifully executed to the point I almost cried at the end, but it leaves the big ba monster in the dark too often.

The long length of time did not feel drawn out. The time used wisely established where the Losers were at in their lives from successful businessmen to adults who keep bad habits from their childhood. The plot moved at an acceptable pace to balance character spotlights, scares, and the narrative of killing the evil clown. Some parts moved too fast, but I was able to cope and move on as I was going to be sitting in that theater for a while.

More texture was added to the tone for refreshing and familiar emotions. Additional humor made for laugh out loud scenes, mostly due to Hader being a genius. The comedy kept Chapter 2 from becoming overly depressing or regularly inducing anxiety from its tense beats. The new ideas implemented gave this new life while still having everything that I adored from the first chapter.

The scares took a back seat for comedy and drama, but when it happened, the creativity matched the 2017 entry. Psychological and gory visuals gave a variety of different horror flavors. Better ideas were carried out for greater originality while still having some basic concepts that get put out in every film in this genre.

A bigger budget made for a prettier spectacle. Flashier lights gave this a broader color palette. Many of the scariest moments on sunny days that allow for highlighting the trippy tricks that Pennywise has up his sleeve.

IT Chapter 2 will not make time fly or fix all of the issues from the first film, but it is the ultimate sequel I wanted. What I enjoyed so much before was the characters, and better organization gave every delightful personality a time to shine, for both the kids and adults with plenty of flashbacks. Pros and cons can go back and forth between the two movies, but I have to give the award to this grand finale.