I had mixed feeling leading up to Todd Phillips’ origin story for the iconic comic book baddie, Joker. My worries were due to his work with the Hangover trilogy, but the trailers gave me more confidence. Once the credits rolled I knew this is a redefining moment for the highly saturated genre, it is brilliant in every sense of the word.

Gotham is going down hill with its crime, making a depressed Arthur Fleck (Joaquin Phoenix) spiral down further into the depths of his own darkness. All he has is his job as a clown, which he is not so good at being, and his beloved mother Penny (Frances Conroy), a less compelling role like everyone else compared to Arthur. After being beat down, it is time for him to get up and give himself a new way of life, the sinister force that will terrorize the city.

Phoenix carries the narrative on his back. His acting is both chilling and complex with the emotions he displays. His emaciated body and twisted take on Batman’s arch nemesis’ laugh stands out away from any other actor who has been given the honor to play this role. 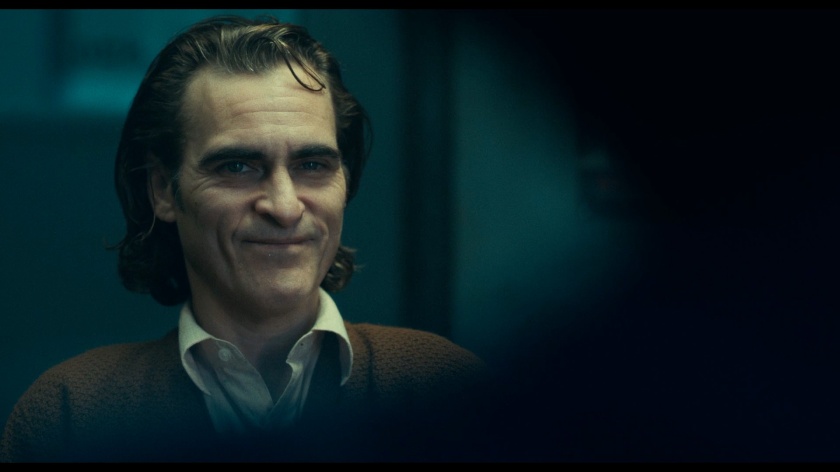 Supporting actors like Conroy, Robert De Niro as Murray Franklin, a TV star that Arthur admires, and his neighbor Sophie (Zazie Beetz) hold their own with strong performances. The characters themselves are not too compelling as they are building blocks for Arthur, except for De Niro’s charming personality.

Giving a name and face outside of the makeup dangerously elevates the classic villain, but it was done justice. Immediately establishing who he is along with his arc works with this grounded  depiction of Gotham. It is not just a study on him because Joker is more than just one man. I hope for a universe that involves this version instead of the Warped Tour attendee that got time on the big screen in Suicide Squad.

This mature drama is refreshing when the genre is full of epic battles and world ending stakes. Some moments of levity help not go too dark, but at times it is confusing if it was intentional or not to bring in humor, making it more awkward than funny. DC has been criticized for its darkness, but the proper execution feels like an adult film rather than acting like an edgy teenager.

Composer Hildur Guðnadóttir (Arrival, Sicario, Chernobyl) created a score with her team that set an atmospheric, somber tone. The limited orchestra of low strings heightened the soon to be criminal’s struggles. As his arc moves, the music follows him for an epic conclusion.

Costume designer Mark Bridges (Inherent Vice, Fifty Shades of Grey), art director Laura Ballinger (The Fighter, The Greatest Showman), set decorator Kris Moran (The Wolf of Wall Street), and Lawrence Sher’s (Hangover trilogy, Godzilla: King of the Monsters) cinematography work makes this into a gorgeous piece of cinema. Balance of color along with a new design for the Joker’s outfit gives a new outlook on both the character and the city that has been put to the big screen so many times before.

Joker is a moody, psychological look into one of DC’s best creations. The ending should have been cut a few minutes early as one shot would have been the ultimate conclusion, then the filmmakers could step on the brakes of this slow vehicle. My hope is for more Phoenix as Joker and everyone to take note of what this movie gets right to freshen up the genre.