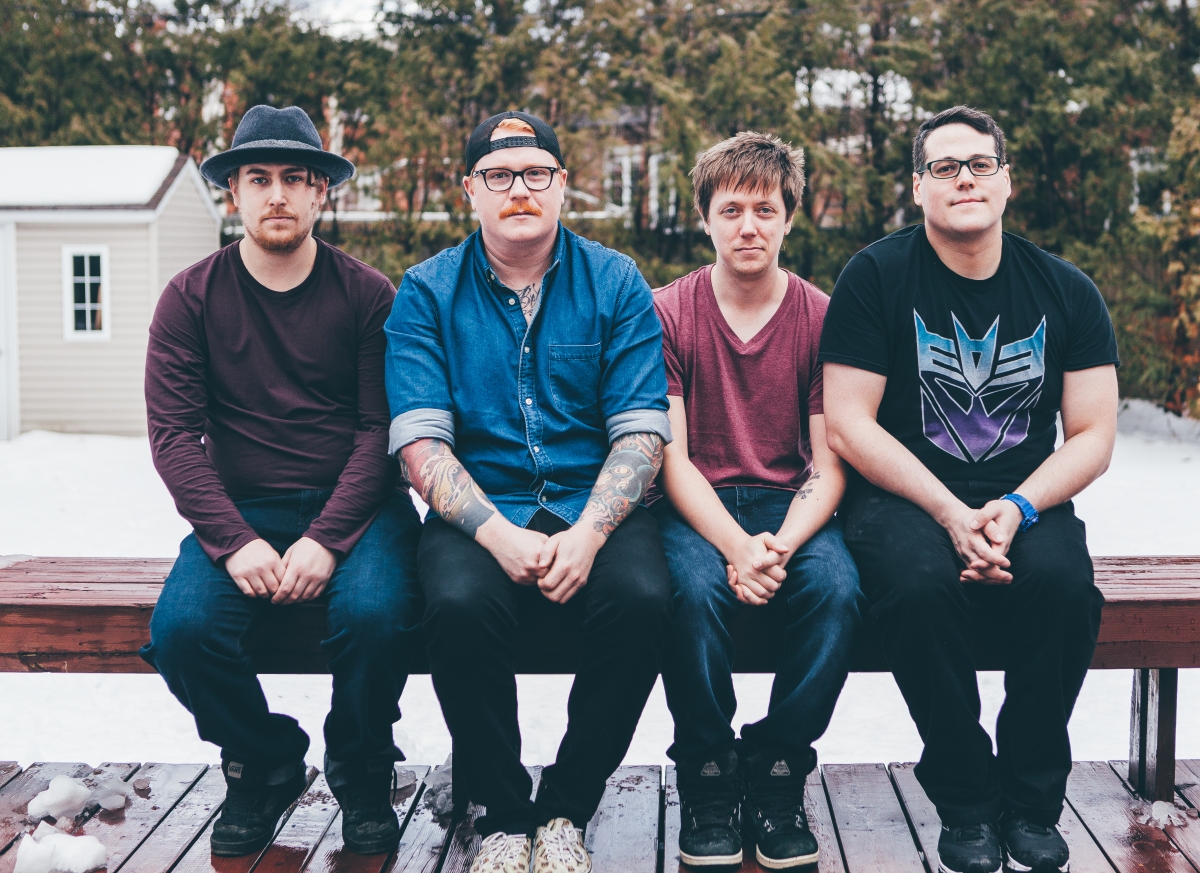 #1: How did your band get started?

We started circa 2013. Ryan and Jeff were in a band together, after they disbanded jeff put out an ad for a bassist which Jason responded to. soon after that, Thomas answered the ad for a lead guitarist and we’ve been an item ever since!

#2: What inspired you to go into this genre?

Since high school, we all fell in love with pretty much the same bands. from Blink 182,  New Found Glory, Alkaline Trio, Against Me! and Gaslite Anthem. so it was super easy for us to fall into this genre.

#3: Who are your inspirations that have shaped the sound of the band and how so?

We all have a band that shaped our sound.

#4: What is the creative process your band takes when making an album?

We usually write a riff, verse or chorus and hammer it out from there. It comes out more natural and sounds more like “Us.” We also try to make sure that each song sounds different from what we’ve previously written.

#5: Lyrically speaking, what inspires the themes that are written about in your music?

Jeff says the angels hand it to him on a stone tablet. Our songs mostly talk about being in a toxic relationship, to falling in or out of love, and sometimes about the first world problems of being in a band.

#6: Competition in any music scene is high, so how does your band stand out compare to other bands?

We make sure we play our hearts out at each show and we do our best to get the crowd involved by singing or telling them jokes that we think are funny, and hope they remember us.

#7: What is your dream tour? Name however many bands you want to create the perfect tour.

There’s so many great band wed love to play with.

Jason would love to do a tour Blink 182, All Time Low, and/or Walk The Moon.

Ryan would be Bouncing Souls, Living with Lions, and MXPX

Jeff would love for it to be Against me!, Gaslite Anthem, and Bad Religion.

Thomas would love for it to be Foo Fighters, RHCP, and PUP

#8: If you went into a completely different style of music, what would it be?

#9: If you can collaborate with anyone, who would it be and why?

We’d love to do a collab with pitbull just to have that one-hit-wonder song lol. but in all seriousness. maybe Tom Delong, he’s written some really catchy riffs, John Feldmann he did a great job on the songs from the new blink album or Tim McIlrath from Rise Against we love his writing style, it’s very wordy but it almost paints a picture.

#10: With all of the downtime you get as a musician, how do you kill time?

We sadly don’t get much downtime. we try to jam 1-2 times a week every week. if we’re not jamming we’re working, or trying to catching up with friends, family or trying to sleep.

#11: Where would you like to travel to that you have never been?

We pretty much are willing to go anywhere that will have us, We’re trying to finish a cross Canada tour, while trying plan out a European tour, and hopefully do a South American tour at some point.

Thank you to These Fast Times and Rogue PR for the interview.

Image via These Fast Times