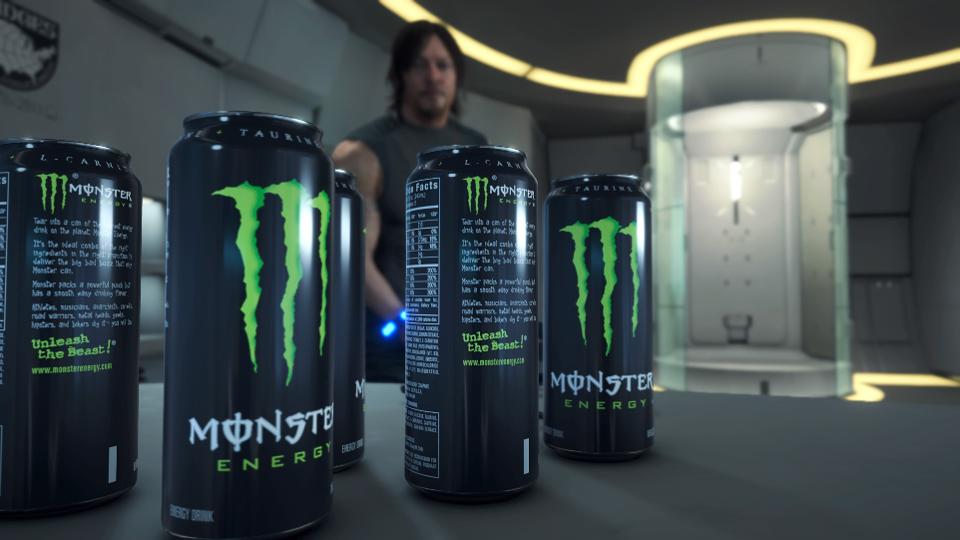 Hideo Kojima’s debut title for his new studio, Death Stranding, is one of the biggest games of the year. Everyone is talking about its artsy style, bizarre story, and whether or not it is fun. The other thing that has popped up is the hilariously random product placement of Monster Energy drinks, but DS is not the first to put real-world goods or corporations inside of a digital world.

Not only can you find Cup Noodle throughout Final Fantasy, but you can also even get a hat of Nissin’s well known easy to cook soup. You know you reached peak product placement when it is built into the game, and the option for DLC comes for hungry gamers to spend their money on a cosmetic item of their favorite junk food.

In case Alan or anyone playing Alan Wake needs a new provider, Verizon apparently has your back. You can find a billboard that shows the telecommunications company. If you work in advertising, I guess you have to take any chance you can get to promote your company.

During his 2008 run for President, Obama had a variety of billboards for his campaign throughout Burnout Paradise. Video games are a great way to escape the toxicity of politics until you see a sign hanging above the beautiful landscape that you would like to cruise around.

#3: Driving a Mercedes in Mario Kart 8

Mario Kart is full of crazy vehicles that fit in Mario’s universe. One way to immerse yourself in the real world is driving a Mercedes like it is a traditional racing title. Games like Forza make sense, but finding this in Nintendo’s racer is bizarre, especially when their games have a younger leaning fandom.

The stereotype for gamers is that we love playing a game for a countless amount of hours while eating Doritos and drinking Mt. Dew. Well, no worries, you can find powerups of Doritos and wear a shirt of your favorite soda in this Metal Gear title.

Watch any sport like American football, or football in every other part of the world that the United States calls Soccer, or anything else you can think of. All of them have advertisements across the stadium. So, if you want to play as an athletic superstar, then you will also see ads for fast food and video game companies.

What other games can you think of that have product placement? Let me know in the comments.

Support the blog below with a donation or purchasing something on CD Keys through the link below: