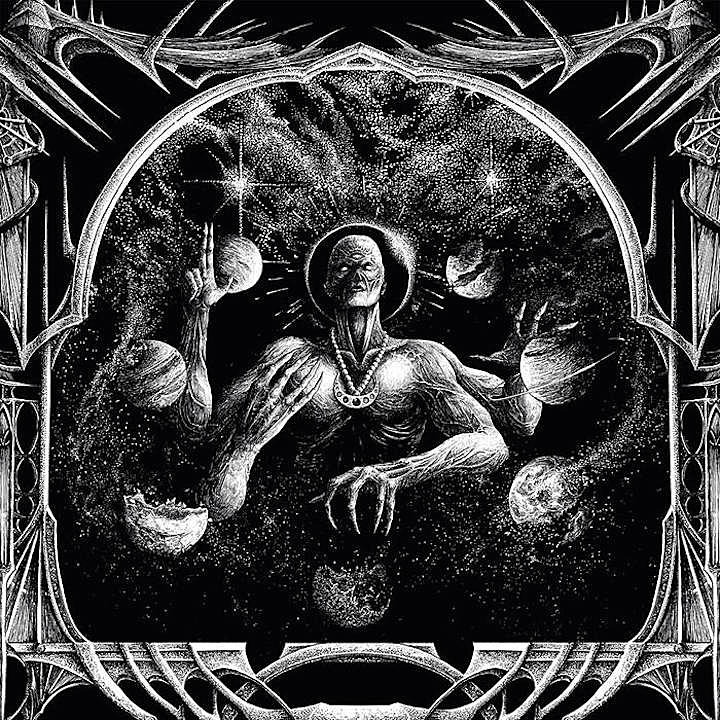 Right when the year is about to be over, The Acacia Strain surprises the world by dropping a seven-track album that makes for a clean 30-minute experience unlike most of the material they have created throughout their long career. I always had great admiration for the band but never fell deeply into their discovery as they don’t match what I seek in what I consume; then I heard It Comes in Waves, which goes against their nature while fitting in their style that has been established over the years. It may fall short in many areas, but it certainly is a nice breath of fresh air from the metal veterans.

Starting things off comes from Our. The introduction coming together with a mix of an industrial buzz and a haunting choir sets the mood perfectly for what’s to come. It bursts open with fire and fury with a range of impressive vocal and instrumental variety that is usually not found on any TAS record. A grander production comes together nicely, but the atmospheric moodiness does get stained slightly by repetitive lyrics that the band has a tendency to do with a breakdown that overstays its welcome.

A mix of heavy and light riffs open up Only that is accompanied by a mellow, yet headbanging worthy tempo. Doom inspires much of the record, but this is the first taste with plenty of dynamic work to let the vocals and instrumentation sit back for moments then jump back in for an assault.

Sin starts off quite somber with delightful guitar work then shifts gears into pure aggression. Every song features some kind of different vocal work from Vincent Bennett, but this is the first off ICIW that took me by surprise. While the doom elements still remain, much of this has a death metal vibe that still has the TAS stamp on it.

An unholy performance and epicness come from Was. It’s mighty feel steps back with a focus on the melody with an added argument between some people in the background. This standout hit has more depth to its story due to the muffled voices that go in between Bennett along with its stance on intensity without having to go overly brutal or lightning fast.

On the flip side, Giving goes into a more violent direction. It has a long, ominous introduction before diving into a complete bloodbath. Its steady pace makes up for the too long of an introduction, which took up too much time out of the two minutes and 55 seconds that lays out this song.

The closest to their signature sound comes in from the shortest track, Them.  It has that relentless aggression but feels more hollow compared to the other more dynamic entries.

The longest and most dangerous sounding concludes the record. Names deceivingly set up a peaceful mood then sets that meadow into flames once the action starts. Consistent changes in performances from every member kept me on my toes for what’s to come next. It builds up to a climax that ends up dying softly before taking a few more breaths of air until it fades away, ending the band’s latest release.

The most impressive aspect is less about the band’s experimentation but more on how everything flows together. Each song stands on its own while sounding like one 30 minute rollercoaster of doom and death.

While I find problems with Bennett’s lyrics, I think this is him at his most poignant. The emotion can be felt here without some goofy line that takes away the meaning like much of their older material. On top of that, it is his best vocal performance as he dives into various styles alongside his signature sound.

I appreciate the change in style across the board from The Acacia Strain. It has the same issues I have always had from the band when it comes to simplicity, especially with the lyrics and parts of the instrumentation. Still, it is a great improvement as the group wants to expand upon their identity in the metal scene.

They have another album recorded entirely, which is supposed to launch next year, so keep an eye out as It Comes in Waves is just the beginning of a new era.