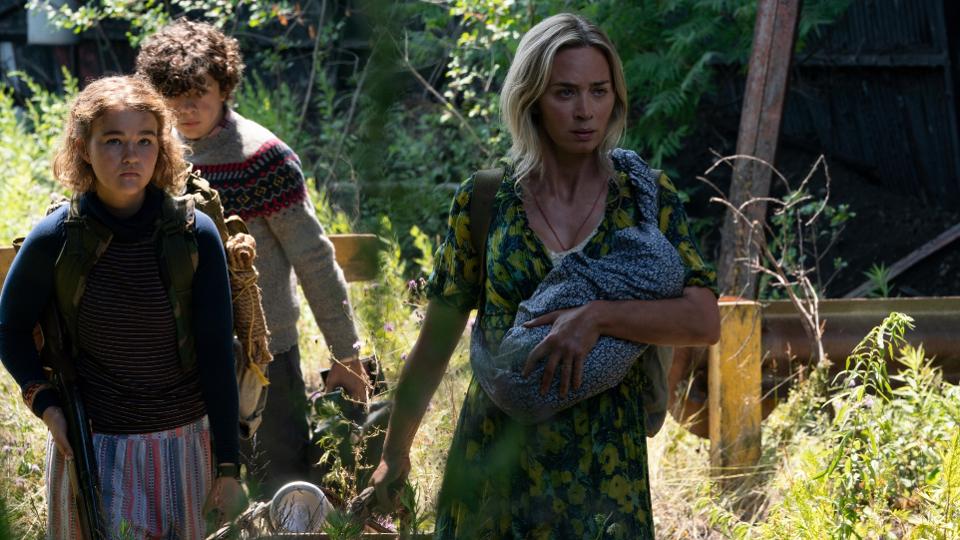 When John Krasinski came out with his debut into horror with A Quiet Place, I felt the whole world was telling me that it is incredible. I saw it about a year later and enjoyed myself but felt underwhelmed due to the hype and some holes in its plot. Nonetheless, I do applaud him for the unique premise, his team for creating iconic looking creatures, and the acting from him, his movie and real-life wife, Emily Blunt (who I adore in every way), and the children Millicent Simmonds and Noah Jupe. The trailer for its sequel starts off 2020, and I am thoroughly impressed with its bigger scope and level of intensity, with some anxious feelings lingering as I did not fall for the 2018 film like everyone else.

Things start off on an interesting note, we see the first day of the invasion. Evelyn (Emily Blunt) is driving two of her children through a busy street until one of the blind monsters comes crashing down on the car in front of them. This scene goes on for longer than expected, pumping adrenaline into me every step of the way. I hope to see more of those early days while not taking away from the flow of the story.

Now it is modern times, taking place seconds after the death of their father and husband Lee (John Krasinski). The family goes through the wreckage of their home to find somewhere safe. After activating a sound trap and getting spotted by a sniper, the survivors meet a man, who turns out to be reasonably friendly. It looks to be less intimate than the first film with introductions of characters who are not strange old men who scream then get themselves killed for making a racket.

After seeing the baby in the box, the man decides to guide the Abbott clan to somewhere, seriously, where do they think they are going in an apocalypse?

Anyways, they hear some radio signals of people out there. The mystery guide warns them that there are dangerous people out there not worth saving, even though Evelyn believes otherwise. A montage of the crew running and going to different environments meets up with a shot of monsters attacking wildly at a large group of people. Now I am wondering if this is a camp of survivors or another shot of the past, either way, I am excited for things to grow after the smaller focus from its predecessor.

More people who undoubtedly are trying to live in this world during the present appear from a black family. They seem friendly enough but with the last line, “The people that are left, are not the kind of people worth savin’,” before Blunt pulls out her shotgun certainly makes me wonder if we have seen these dangerous people in this trailer or the curtain is still down on these new threats.

I do like the idea of people being a source of danger. Doing another movie of the same thing would get stale, but adding more characters, friendly and otherwise, will combine for a more dynamic story that keeps the same personal tone while growing in depth. I have hopes for this sequel as long as it can avoid the issues of the first entry.

What do you think of the trailer? Watch it below: