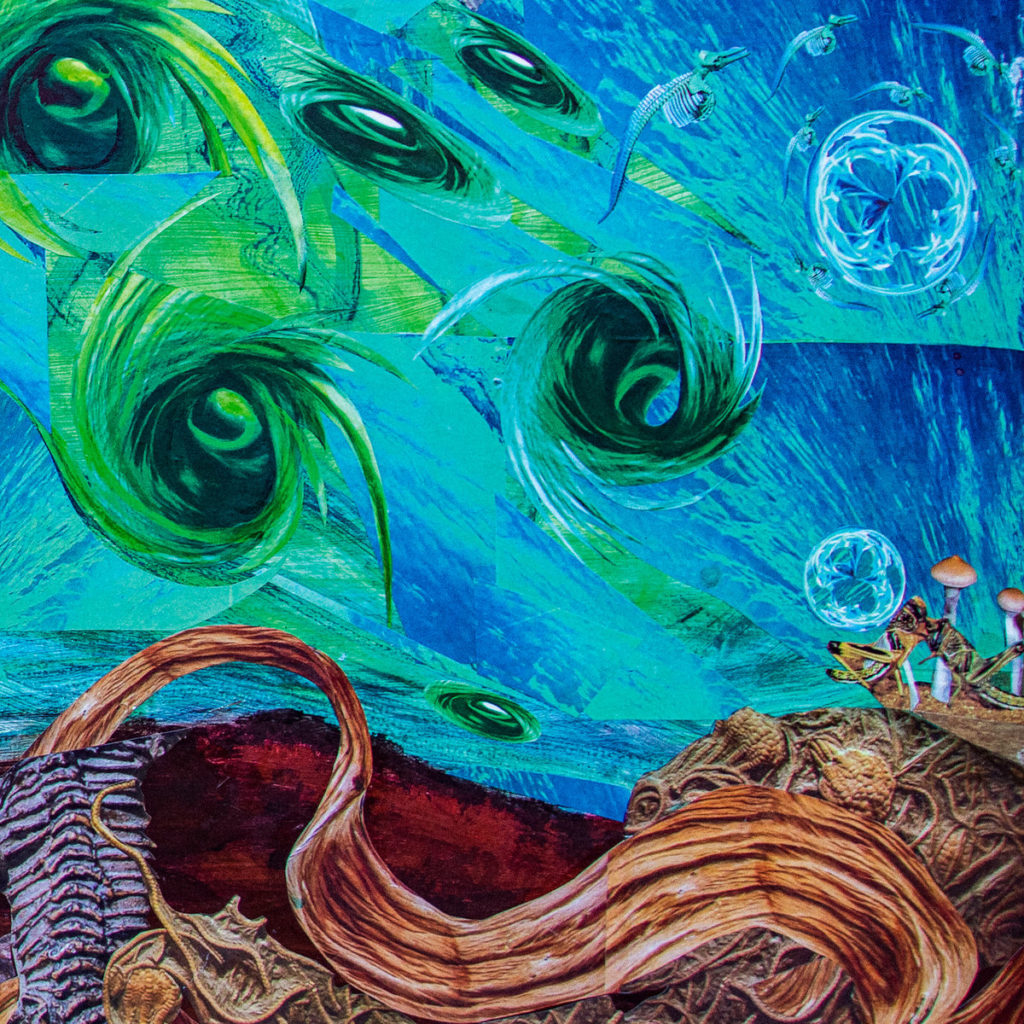 I had no prior experience with Intronaut outside of hearing about them from a buddy. Mear seconds into the progressive band’s latest album. Fluid Existential Inversions, I was sold by their complicated song structures and various influences. I may need more listens to gather every morsel of inspiration this group gathered to create this vast soundscape.

Setting the tone in less than a minute comes Procurement of the Victuals. It delivers itself as an appetizer to foreshadow the coming tracks, at least for the instrumentation with its progressive guitar tones and mix of styles.

Cubensis offers frantic pacing with every element. Flows well with variety in tempo and tones. It keeps me on my toes for what’s to come. Melding melody with grittiness with the rock and metal influences come together delightfully.

The Cull has more control over its speed while keeping with the variations. Harsher screams that touch into more hardcore and metal vibes. Bolder performance while keeping subdued moments for room to breathe in-between parts to take the time needed.

Going into more hard-driving and relentless territory while not tapping into screams and their metal influences as much come from Contrapasso. Gets more modern hard rock with its rhymic direction.

Time to settle down a bit with Speaking of Orbs. Its chill and funky behavior meld together with a stonery atmosphere. Transitions into a heavier underworld with gritty cleans, mid-range screams, and thrashy instrumentation. That aggression plays well with the relaxed rest stops.

Not as heavy as Cubensis, but Tripolar offers mid-tempo aggression with relentless instrumentation that strays from overwhelming. Picks up speed with a longer breakdown that dies off into an eerie bridge. Flows between various stages that fit together.

Besides the intro, Check Your Misfortune is the shortest track on the album. Heavily violent instrumentation that blends well with the screams. The subdued vocals sit awkwardly against the background of fast drums and cut-throat riffs. Switches weirdly for a funkier turn that was not properly executed but makes up for it in a melodic instrumental section where clean vocals work. It eventually caps off on a beautiful atmospheric note that makes amends for some of its flaws.

Pangloss starts off with an intimidating introduction with grittier styled cleans that weave together with the hardcore screams. Powerful vocal work matches the nearly thrashy soundscape. Slowly builds into a chaotic breakdown before knowing when to sit back for a chill break and reverting back to a destructive conclusion.

The finale, Sour Everythings, holds a steady start that slithers between hard rocky and groovy. It goes in for attacks with its riffs, meaty bass, and neverending percussive power. Right when it goes for too long, it dives back on defensive positions before going back in for heavier sections. A layered, intricate finale that highlights their instrumental skill.

A sweet bonus that has become a bit of a loss art comes from the band’s album cover. An artsy, stonery look that fits well with their image.

Fluid Existential Inversions holds surprises but nothing too big to keep its smaller scope. Some transitions fall flat between segments in songs, making it feel out of place between serene soundscapes and headbanging hellscapes. Strongest with its instrumentation and song structure while the vocals tend to sound inconsistent. Long songs with intricate song structures make up for the lack of amount of tracks throughout the record, proving less is better than more.